- “SLT Intelligent Solutions” connects the T20 to the world 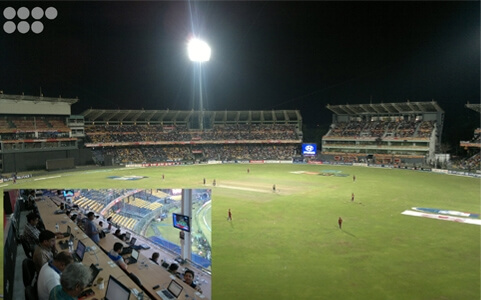 Sri Lanka Telecom, the country’s largest telecommunication service provider has the prestige of being the premier telecommunication services provider for the ICC T20 World Championship 2012. This draws attention to the capability and ability of SLT to cater and manage mega events with a global touch where the delivery of consistent, high quality services is a must. SLT also provided its unmatched superior service during the ICC Cricket World Cup 2011, for which SLT was recognised by many international media and sports governing bodies for their high class of service throughout.

Speaking on the partnership, the CEO of SLT, Mr. Greg Young said, “We are very proud to be the telecommunication provider for the Twenty20 world Cup which is being played in Sri Lanka at the moment. The fast paced action of the T20 is being showcased to the world with fast paced communication using state of the art communication methods via high speed Wi-Fi connectivity. With the brand new development of Mahinda Rajapakse International Cricket Stadium – Sooriyawewa, Pallekele International Cricket Stadium and total refurbishment of R. Premadasa Stadium – Colombo for the ICC Cricket World Cup 2011, SLT invested heavily to extend its Metro Ethernet connectivity powered by ultra speed optical fibre cables to all the venues. The requirement and demand for telecommunication services were significantly higher this time, therefore SLT has taken additional measures such as enabling the Galle international Cricket Stadium with Metro Ethernet capability, extending optical fibre connectivity within the venues to cater to a greater scope and expanding Wi-Fi reach with the latest infrastructure to cover a larger area. All these initiatives were made possible with SLT’s “Intelligent Solutions” which will undoubtedly ensure that the telecommunications experience at the event reach new heights, while adding greater value to the tournament.”

The requirements of the event are extraordinary, with demand for high speed internet bandwidths in larger capacities and enabling Wi-Fi accessibility to all the world cup venues with delivering services through newly developed internal LAN networks of each stadium. This connectivity empowers ICC officials, photographers, journalists, broadcasters and the wide range of media personnel who cover the entire event with second by second updates as the entire cricketing world closely follows the journey of the tournament, until the new world T20 champions are crowned on the eve of the 7th October 2012. To ensure the seamless delivery of services, SLT teams are operating on 24 x 7 basis during the tournament, especially in the areas of monitoring, maintenance and support services.