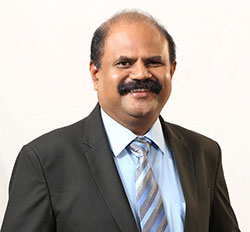 During the 1st quarter 2015 the group has been able to report impressive financial performance resulting from good growth in revenue generations coupled with cost management initiatives.  Strategic initiatives taken across the group such as capacity expansions, new product offerings, and reaching new market segments the revenue of all major segments of the group have grown, with an overall group revenue growth of 9% year on year to Rs. 16.7Bn during the 1st quarter 2015. Outstanding performance of Mobitel, as explained below, was significant to the growth.

The group EBITDA (Earnings Before Interest, Tax, Depreciation and Amortization) was up by 34% to Rs. 5.6Bn while EBITDA margin has improved to 33.3% compared to 27.2% of same quarter of the year before. In contrast to increase of revenue, remaining of operating cost at the same level of previous year, at Rs. 11.1Bn, was reflected in EBITDA improvements. The Group Net Profit increased to Rs. 1.68Bn with a remarkable year on year growth of 207%. The increase was mainly driven by improvements in EBITDA, surpassing a negative impact of finance related cost increased by about Rs. 391Mn in absolute terms.

Despite the constant challenges on fixed line voice service, the holding company SLT has been able to record Rs. 9.87Bn revenue with a 5% growth during the 1st quarter 2015, compared to same period of the year before.  The growth was driven by local non-voice revenue streams such as Data and Broadband, Enterprise, SME, Wholesales sectors and IPTV. Introduction of a high capacity IPTV system, expansions in Broadband and data services, investments in infrastructure developments etc. have largely contributed to the revenue growth. The Operating cost of the company remained 6% below from the same quarter of the previous year resulting from effective cost controls apart from the impact to the operating cost of the previous year by one time charge resulting from an out of Court Settlement of a civil litigation. Company EBITDA grew by 45% year on year to Rs. 2.9Bn while EBITDA margin moved up to 30% from 21.4% of year before.  Company Net Profit for the 1st quarter 2015 increased to Rs. 700Mn from Rs. 36Mn of same period of the last year with an exceptional growth, owing to improvements to the EBITDA.

On the release of impressive performance, SLT group Chairman Mr. P. G. Kumarasinghe Sirisena expressed his pleasure on the results. He assured all the stake holders of driving the group towards a sustainable growth aligning to the national agenda. SLT is committed to serve as a catalyst in establishing the national communication backbone and future IT infrastructure which will serve as the foundation of nearly all other sectors he said.

Mr. Dileepa Wijesundera, the Group Chief Executive Officer while trusting on skills of his team stated that the performance during the 1st quarter 2015 has proven the strong presence of the company within the market. He expects to mitigate the time taken to reach the capabilities which are created through large investment projects, to the market by way of services, so that customers will be more benefitted while maximizing the returns on it investments to the company he said.

Mobitel continued to grow its revenue despite industry challenges. Revenue for the first quarter of 2014 grew by 12% to Rs. 8.1Bn compared to the same quarter in the previous year. The revenue growth was mainly due to continued growth in voice services not withstanding industry slowdown. Also it was aptly supported by the continuous growth in data services which is the future of the mobile industry. This encouraging growth is a result of the continuous investments made in latest technology, capacity enhancements and coverage expansion providing the customer a better experience with Mobitel.